meet the BRENTstoneS
WE ARE THE BRENT FAMILY.
Also check out Andrea's and Wyman's professional websites: 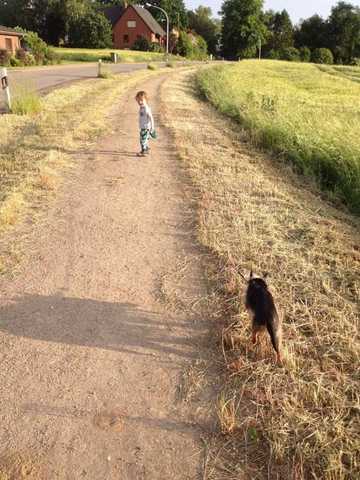 A village in Northern Germany
​Which would never sell as an adventurous place, the little village of Hof Schönhorst in Northern Germany has been our home ever since Glenny was born in 2013. It is the place where Andrea grew up and was so eager to leave at age 16. Since then she has moved many times and lived in cities, big and small, like Berlin and Kiel. Wyman had moved from California to Lithuania in 2008 and eventually ended up in Northern Germany when he met Andrea. Wyman founded a Jewish library in Lithuania, Andrea traveled through the USA to create a film about the Jewish American entertainer Al Jolson. Yet, their paths crossed.

Moving back to where Andrea's life had begun was emotional in every possible way. It has been three quiet years in a place of hard-working, simple and tough people. A place where a filmmaker and a tall, thin American artist stick out. We watched our little miracle grow, provided him with the safest place imaginable, but now feel that this all came with a price we are not willing to pay anymore. The time to justify our place of residence with Glenny having the chance to live next to his German, maternal grandparents is over. We got detached from most of our friends, gave up traveling, and watched a few family members and friends pass on from a distance. Glenny never met his American grandma who died when Glenny was one year old, three months before we had planned to visit her. We said goodbye to our little dog Joey who lived long enough to see Glenny being born and flourish. Very few filmmaking trips, no involvement in the arts community (what arts community?), little to no social and cultural events, other than the things Andrea already is too familiar with. We experienced all four seasons over and over again, watching the same trees and bushes and hedges turn green, red or yellow before they end up in their bare winter numbness and none of us feels quite sure about their rebirth in spring. After all, we watched plenty of trees fall over and die forever. We are not yet ready to retire like this and live where the circle of life (at least for Andrea) once had begun until the end. An end we almost feel like we are waiting for - or at least it feels like it is waiting for us. These are our (last?) best years, and we do not want to continue to waste them. We have dreams, ideas and plans. We had always planned to raise Glenny in the USA, but will not be doing so for a variety of reasons, both personal and political. But we do want this one big, memorable roundtrip through the USA as a family. We both work from home, which does not make things easier when it comes to socialization in our everyday lives, but it makes traveling easier than for most people. Time to take advantage of that! We do not live where our loved ones live, so we want to see them, many of whom we had never even met before.

During the past three years, we experienced tremendous joy with our son, but also illness, depression and grief. To end with a rhyme: It is time to leave! If only for a limited time.
SEE ALL OUR ADVENTURES